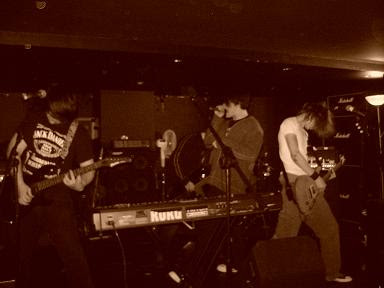 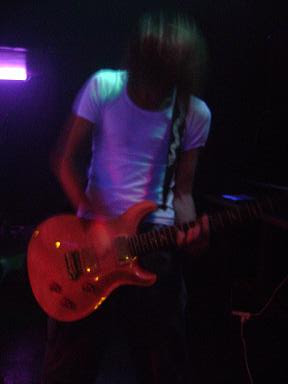 Many students at UCF feel disappointed with the one way music scene that has evolved in Falmouth, and are pleading for some diversity.

Drum and Base and DJ sets seem to dominate the live acts that come to Falmouth, such as Pendulum on Saturday at The Stannary, which leaves fans of other genres dissatisfied.

"Rarely do I or any of my friends get any live acts here that I would want to go to." says student Jamie Hiles-McKellar.

However, new event management company SW1 productions are trying to change this for the better. Recently bringing down post hardcore band “Hell Is For Heroes” to Falmouth, SW1 “know that lots of people want a more diverse scene down here, so we are trying to get more bands to come down and play in Cornwall” a spokesperson said.

The company is urging people to contact them regarding what they want to hear, and to not stay frustrated any more.

“Cornwall seems to home many unheard talents in our genre. We would love to play there to get our voices heard down south, but Plymouth is the furthest down country we are heading.” said lead singer of screamo band ‘Asking Alexandria’ James Murray.

On Saturday, the ‘No One Gets Out Alive Tour’, a tour dedicated to promoting “six of the best breaking British bands”, graced Plymouth’s Voodoo lounge, with Asking Alexandria, recently signed to Sony, headlining.

“The South West has produced some amazing groups, such as Muse and Reef, so obviously there is potential there, it just needs to be played to crowds.” he added.

When choosing to submit a final story, I was torn between this and the story “Fears for Falmouth’s Female Students”. However, I chose this as, although I felt less newsworthy, it seemed more researched and had a better range of quoted sources.

It would also appeal to a large percentage of the student-aimed readership, as students who can relate to the claims made in the story will be interested in the potential solving of the diversity drought.

I felt quite passionate when writing this story, as it’s a position I feel I am in also. I felt I wrote reasonably fluently complying with the inverted pyramid, and made full use of contacts for quotes which authenticates the stance taken.

I feel the story could have been enhanced with more viewpoints from students regarding the musical requirements in Cornwall, as it could be interpreted that only a minority of people wish for the claims made.
Posted by chris_sayer at 10:22

You have identified a strong story here that is appropriate to audience and very well researched.
It is also structured in short paragraphs and flows well.
At the moment you intro is backed up by a quote from an individual student -- you could make the story stronger by quoting more students or someone who has a representative voice.
Watch your spelling -- eg. Stannary, and punctuation around quotes.