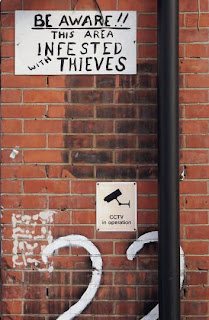 Kensington residents sport a five times above national average chance of falling to fraudsters, making them the cities worst affected area, according to Experian, a credit ratings agency. Residents inside of the M25 are more than three-and-a-half times more likely to suffer and Clapham Junction residents are also at increased risk.

The wealthiest sections of society are most expected to be pin pointed by fraudsters; however those renting are also at a high risk.

Outside of London, commuter towns such as St. Albans, Guildford and Slough, which house the capital’s workers, are over twice as likely to suffer compared to the rest of the country.

It was also revealed that there has been a 68% increase in frauds reported since last year, with the most popular form of identity theft involving interception of mail.

Cases involving fraudsters redirecting the victims post to a new address raised the most, with cases taking 32% of all problems documented.

Joseph Bloggs, 37, fell victim to identity fraud after moving house and the new occupiers running up a £6500 credit card bill in his name:

“Despite doing all the right things to protect myself I still became a victim. It is an extremely stressful and unnerving experience to have your identity stolen and I wouldn't wish it on anyone.”

Credit experts advise the following to the public to keep the threat of identity fraud down:
• Regularly review credit reports to check for suspicious anomalies, such as accounts opened in your name.
• Watch out for any missing mail, and report any missing items quickly.
• Destroy revealing documents, such as bank statements and utility bills, by shredding or burning them.
• If moving home, have your mail forwarded to your new address for at least six months.

Helen Lord, Fraud and Regulatory Compliance Director at Experian, says no member of the public should be complacent regarding ID theft and fraud, and “Although people are more aware than ever before of the threat, everyone is a potential victim”.